Two experiments were performed. In the first one, maps from 1994 and 2013 atlases were analysed. Respondents tasks were to find particular place in the map, find the route from A to B etc. 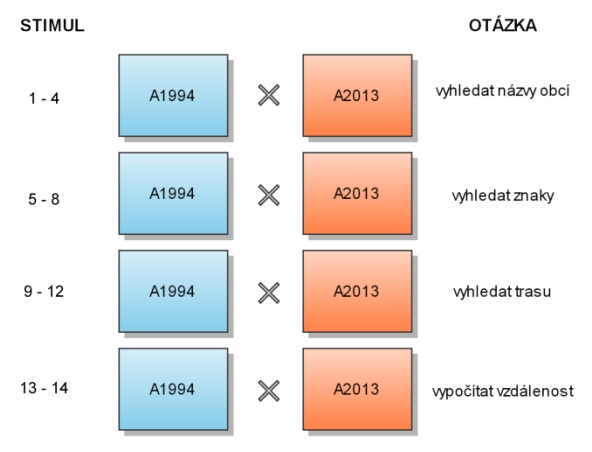 First experiment contained 7 pairs of maps. Half of them was from 1994 atlas, half from 2013 atlas.

In the first experiment, statistically significant differences in the perception of two road maps were ascertained. Higher values of observed metrics (response time and number of fixations) were detected in the maps issued in 2013. 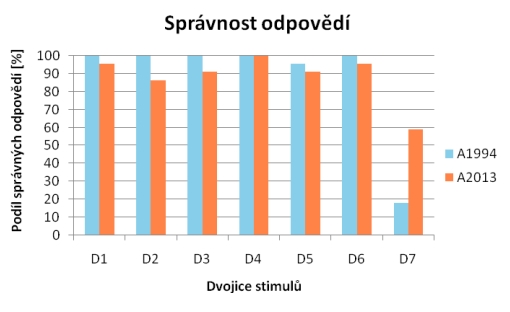 Correctness of answers in the first experiment

Time to Answer and Fixation Count in the first experiment

In the second experiment, it was carried out that there is a significant influence of the colour of communications on road map perception during the route search. Lower values were recorded in original maps. 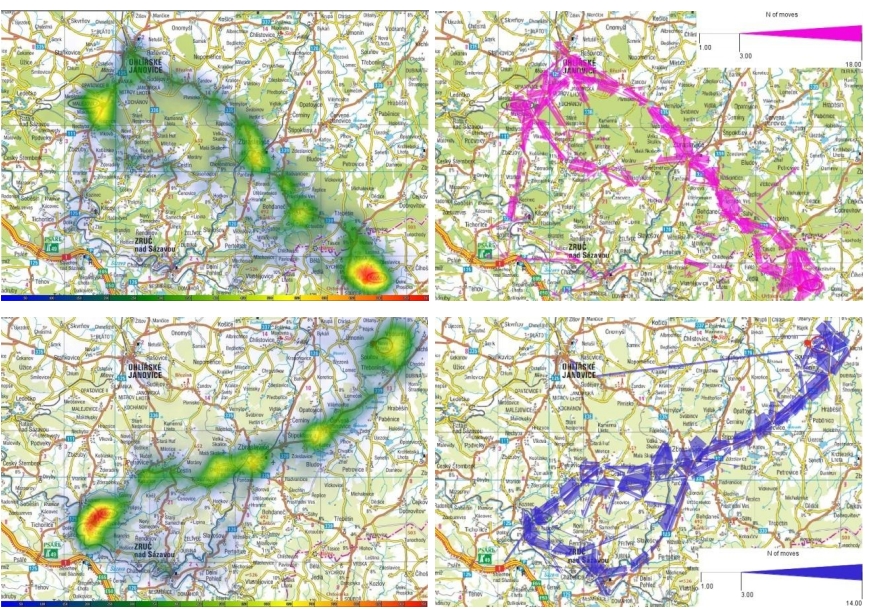 By five subjective indicators (aesthetics, clarity, comprehensibility, colour and font use) was carried out that road maps from 2013 are more user-friendly than the others, regardless the fact that the first experiment found out the readability of certain symbols and route search is considered to be better in the older road maps. The research deals with cartographic style on topographic and thematic maps, map user perception and eye-tracking technology. The result is a set of general recommendations for further production of road maps as well as a set of proposals for changes with regards to user preferences.

The subjects of the first eye-tracking experiment are two road atlases published by Kartografie PRAHA, a. s. in 1994 and 2013 which represent two different cartographic styles. There is the hypothesis that older road atlas is better legible than the new one. Statistically significant differences in the perception of two road maps were ascertained during the route search and elements search in the first experiment. Higher values of observed eye-tracking metrics (time to response and fixation count) were detected in the maps issued in 2013. There were proposed some changes (the color adjustment of the forest and communications) on the base of the first experiment in order to assess the influence of these aspects of cartographic style on the perception of road map and evaluate their effectiveness. The changes were adjusted in cooperation with the publisher Kartografie PRAHA, a. s. It was carried out that there is a significant influence of the colour of communications on road map perception during the route search. Finally the results of two eye-tracking experiments and questionnaire survey were summarized in a set of general recommendations in order to increase road map efficiency and clarity