The aim of the experiment was to compare two methods of visualization of 3D point symbols – points displayed on the 2D map and on the virtual globe. The experiment contained eight pairs of maps of Europe containing point symbol in each country. The point symbols were randomly assigned to three categories – small, medium and large. The task of 40 respondents was to select all symbols from the medium category. During the experiment, the hypothesis that distinction of point sizes will be more difficult on the virtual globe was tested.

Eye-tracking experiment contained a set of eight pairs of stimuli – visualization of 3D point symbols on the map and in a virtual globe. In both cases, a map of Europe was presented to the respondents. This map contained 3D point features representing the values of a quantitative characteristic of the fictitious phenomenon. Point symbols were divided into three size categories. The task of respondents was to determine which of the symbols lies in a second (medium) size category. The aim of the experiment was to test the following hypotheses:

Stimuli were created in Esri ArcScene and ArcGlobe. 3D point symbols prepared in Trimble SketchUp were placed in the centroids of European countries. The categorization was carried out using a random number generator. The difference in the symbols size among different categories in both cases (ArcScene ArcGlobe) was ten points. The field of view in both applications was set to 55 degrees.

For the analysis of DualMap experiment, the “Dwell Time” metric was chosen. It was used for comparison of attention distributed between targets. Within the stimuli only two AOI representing 2D and 3D map were marked. The statistical analysis was then used to examine whether there is a difference between how users viewed part of the stimulus with 3D Map and 2D map. On the significance level α = 0.05 no statistically significant difference for any of the studied stimulus was found.

The second step of the analysis was the evaluation of the accuracy of answers for each question separately. In this analysis, also the situation when the respondent did not mark a point symbol that he or she should mark was taken into account. Designation of the symbol from a medium-size category was considered as the correct answer. The wrong answer means the failure to identify AOI or to mark a symbol from the first or third category. For all questions, the correctness of answers was higher in the 2D map. Data were tested using Pearson’s chi-squared test and statistically significant differences were found for all pairs of stimuli.

The correctness of answers recorded during the experiment. Designation of a point symbol from the medium-size category was considered as the correct answer. The wrong answer means the failure to identify AOI or to mark a symbol from the first or third category. 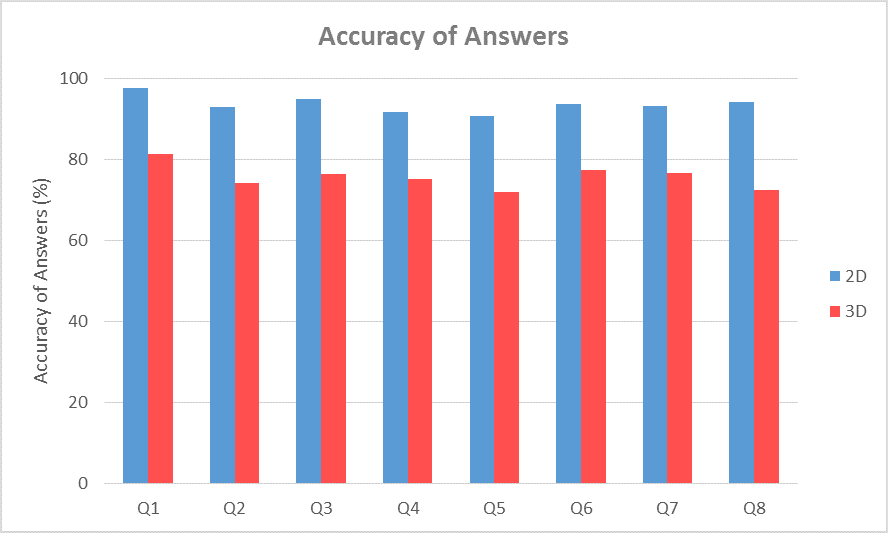 Higher values for all metrics were recorded in the case of stimuli containing point symbols shown in the virtual globe. An example is a boxplot in Figure 6 showing the values Trial Duration metric. 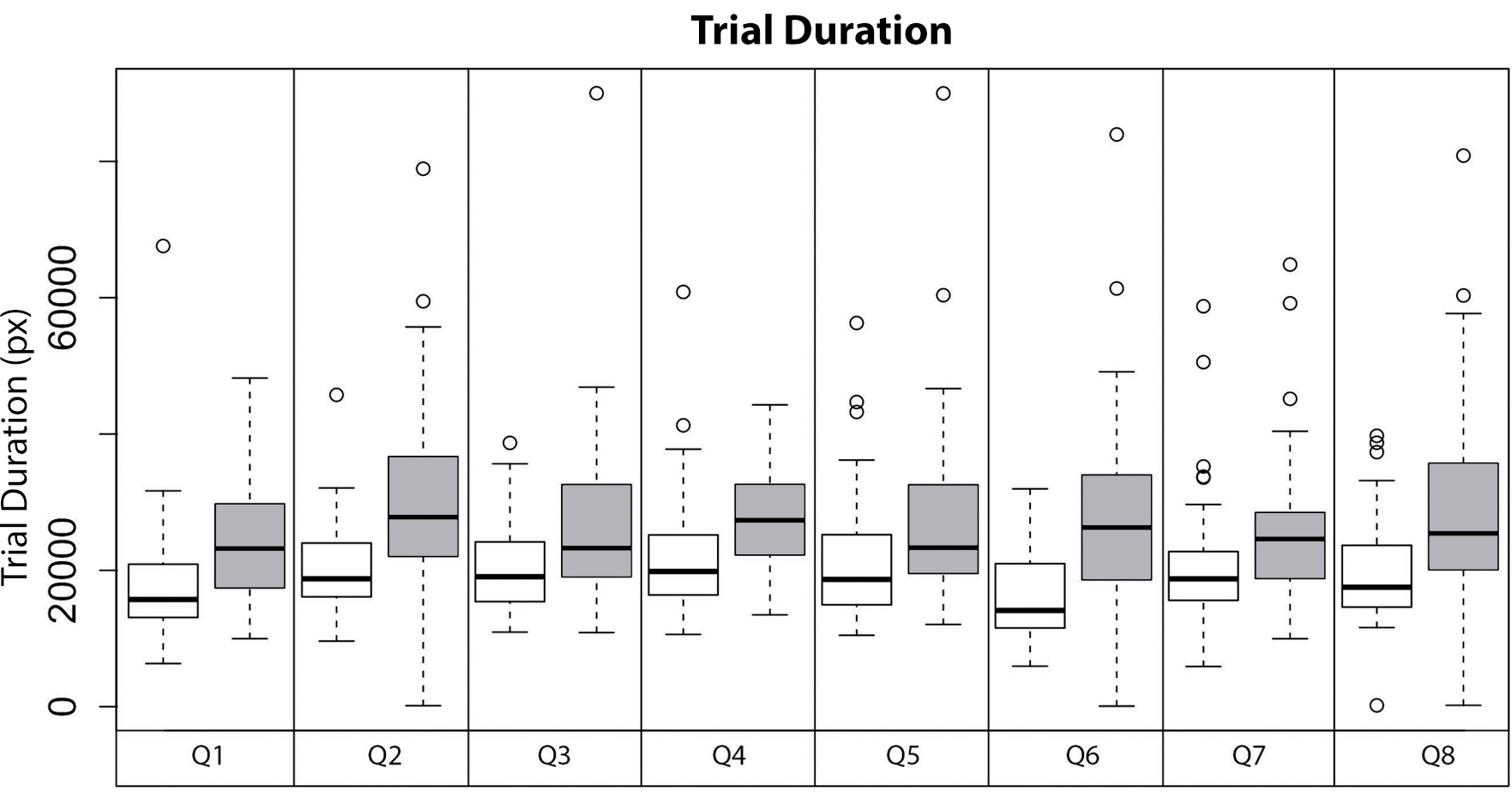 It can be stated that recognition of the size of the point symbol has been was slower in the case of 3D stimuli (virtual globe), and respondents made more mistakes than in the perspective map.